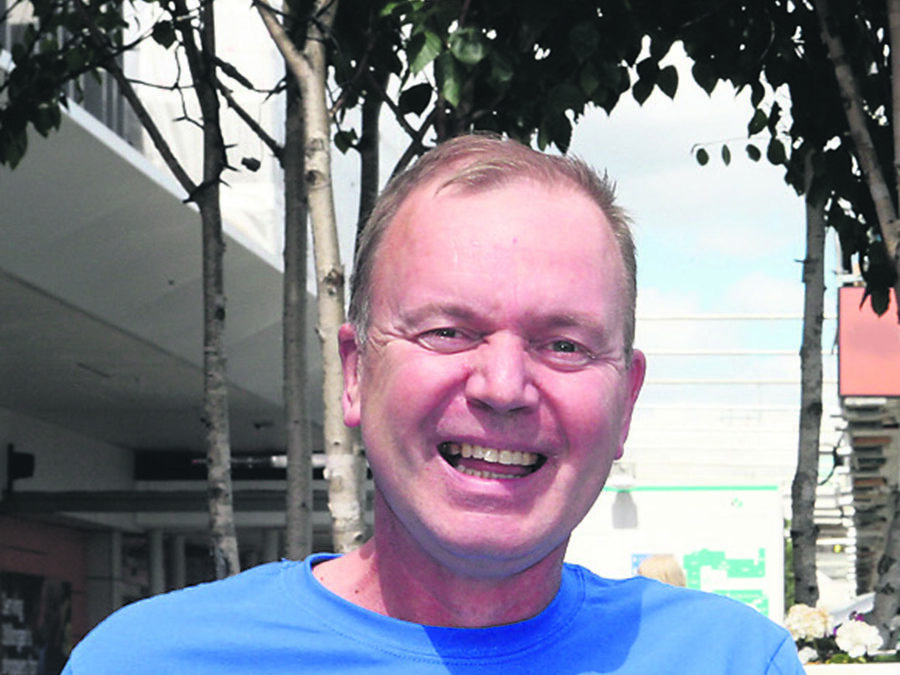 The Dublin priest, campaigner and latterly author Fr Tony Coote died on Wednesday, aged 55, but in immeasurable ways his goodness lives on.

It lives on through the €700,000 he raised by turning his final illness into achievement. That is already being used for research into motor neurone disease and to provide support for those struck down by the condition, as he was himself in 2018.

In July 2018, five months after diagnosis and in a wheelchair, he took part in a fundraising walk from Letterkenny in Donegal to Ballydehob in Cork, a distance of over 550 kilometres. It was broadcast as the documentary Walk While You Can on RTÉ One television last December.

His good work lives on through the UCD Volunteers Overseas (UCDVO) which he set up in 2003 when a chaplain at the university, in response to the desire of students to engage in voluntary work abroad.It lives too through the now nationwide student-led mental health movement Please Talk which he set up while a chaplain at UCD also, anguished by the deaths of so many young people from suicide.That was another reason why, last December, he was awarded an honorary doctorate by UCD for outstanding service to the community. The good he has done contributed greatly to the spectacular success of Syrian teenager Nour Aljarad who scored more than 600 points in her Leaving Cert this year.

Stillorgan-Kilmacud parish offered the family housing and schools. As Fr Coote put it in a 2016 letter to this newspaper, the initiative “was sparked by the death of four-year-old Alan Kurdi, whose body was found on a beach after the boat that he and his family were escaping in capsized off the coast of Turkey”.

The good he has done continues to be remembered fondly also in Ballymun where he first worked as a chaplain at “The Comp” (Ballymun Comprehensive School) after ordination in1991. He was there nine years before appointment as chaplain in Belfield.

And the good he has done in Dublin’s Mount Merrion and Kilmacud parishes, since appointment in 2008, as administrator and parish priest, meant he was not just respected but loved in both. This was underlined last May when over 2,000 people attended the launch of his best-selling book Live While You Can at the Church of St Thérèse in Mount Merrion. With typical humour and honesty he told the attendance, in words which also appeared on a screen as his speech had deteriorated: “I’m mortified by tonight. But I am also deeply grateful. Let’s face it, the next time I will be wheeled down the main aisle of a full church I will be in a wooden box. Sorry, but you need a good sense of humour to live with an illness like this. And sometimes the humour is very dark…”

He continued: “I feel now that I am aboard a fast train with only one stop. I am not in a mad hurry to disembark. I’m like everyone else; I only know this world and this life. But I see no meaning in this life ending in a grave. When the train stops I will step onto that platform with hope and no fear.”

Born in Dublin’s Holles Street Hospital on Bloomsday, June 16th 1964, Tony Coote was the eldest of five boys, one of whom Alan, died in infancy. His mother Patricia Rigney hails from Dublin while his father Pat Coote was from Ennis, Co Clare. He had been in the Defence Forces before becoming a PE teacher. He died in 2013.

The family lived in Dublin’s Fairview before moving to Santry in the mid 1970s. After school at St Joseph’s in Marino, Tony Coote worked at sundry jobs until at the age of 21 he decided on the priesthood and entered the seminary at Clonliffe in September 1985.

He was diagnosed with motor neurone disease on February 28th 2018.